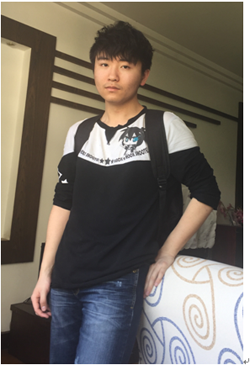 Molecules and Methodology of Synthesis

Shijun was born in Wuhan, a beautiful city in the middle of China. When he was in primary school, he showed a talent in Mathematic. He participated in many math competitions and got first prize for many times. But when he came to study chemistry in high school, he found it so interesting, which made him decide to major in chemistry. Then he spared no effort to study chemistry. After finishing study high school chemistry textbooks, he began to study the chemistry textbooks for college students. Two years after he went to high school, he participated in a chemistry competition for high school students and won the first prize. Finally, he was admitted to Wuhan University and began his further study in chemistry.He has a great passion in science and often dreams of achieving a great success in science. Besides, Shijun is interested in PC games, Anime and he loves sports as well. He was a member of basketball team when he was in senior high school. He also loves to travel and see movies.